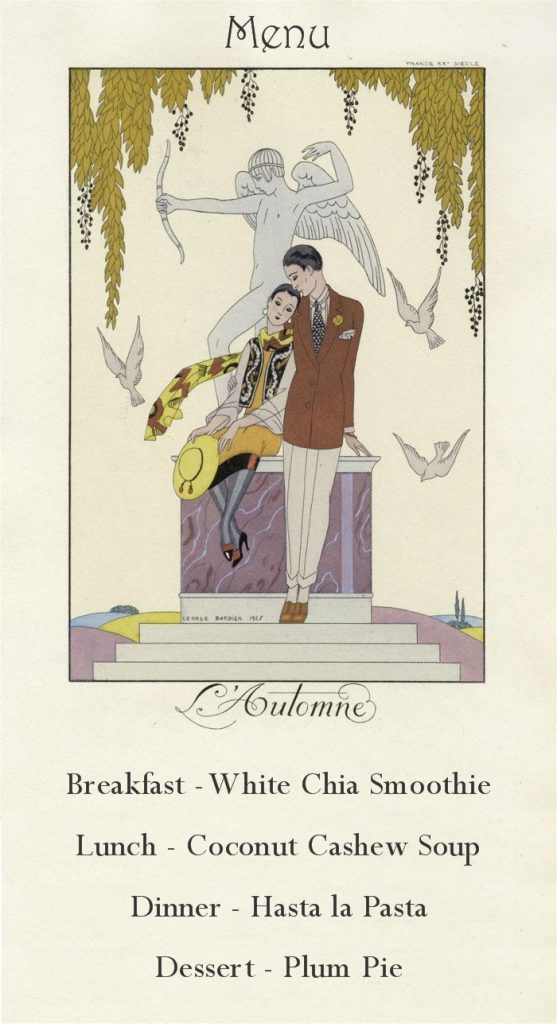 Breakfast
White Chia Smoothie
serves 2 ~ $.95 per serving
8 tablespoons white chia seeds ($1.00)
2 cups water (or white tea, cooled)
2 tablespoons coconut nectar or other liquid sweetener ($.40)
4 tablespoons blackberry puree ($.50)
I’ve been really enjoying chia lately. Natural Remi -Teas sent some white chia seeds recently as well as some wonderfully fragrant white tea, and this smoothie is what I made with them. I really like the prices at Natural Remi – Teas. The white chia is just $5.50 a pound.
Tea steeped in boiling water isn’t raw, and I avoid pretty much all caffeine myself, but plain water worked really well for this, too.
In a blender, soak the chia seeds in the cooled tea or water for about twenty minutes. Add the remaining ingredients and process until smooth and chilled. I don’t like blackberry seeds, they drive me crazy, so I strain the blackberry puree through a wire mesh strainer. Save a few tablespoons of the blackberry puree for dessert later. 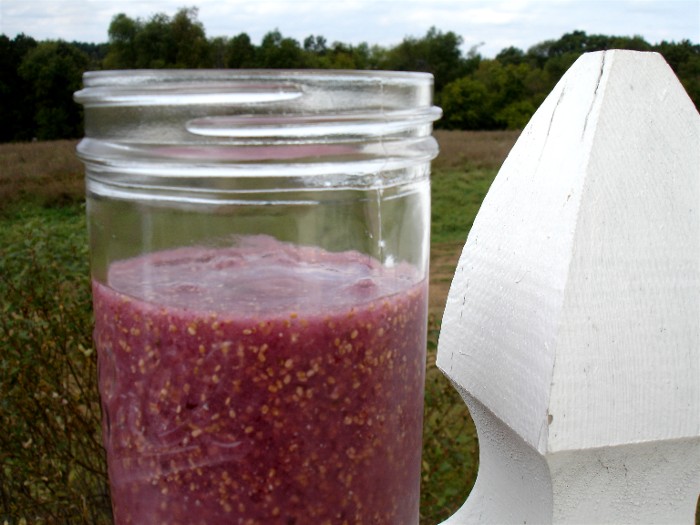 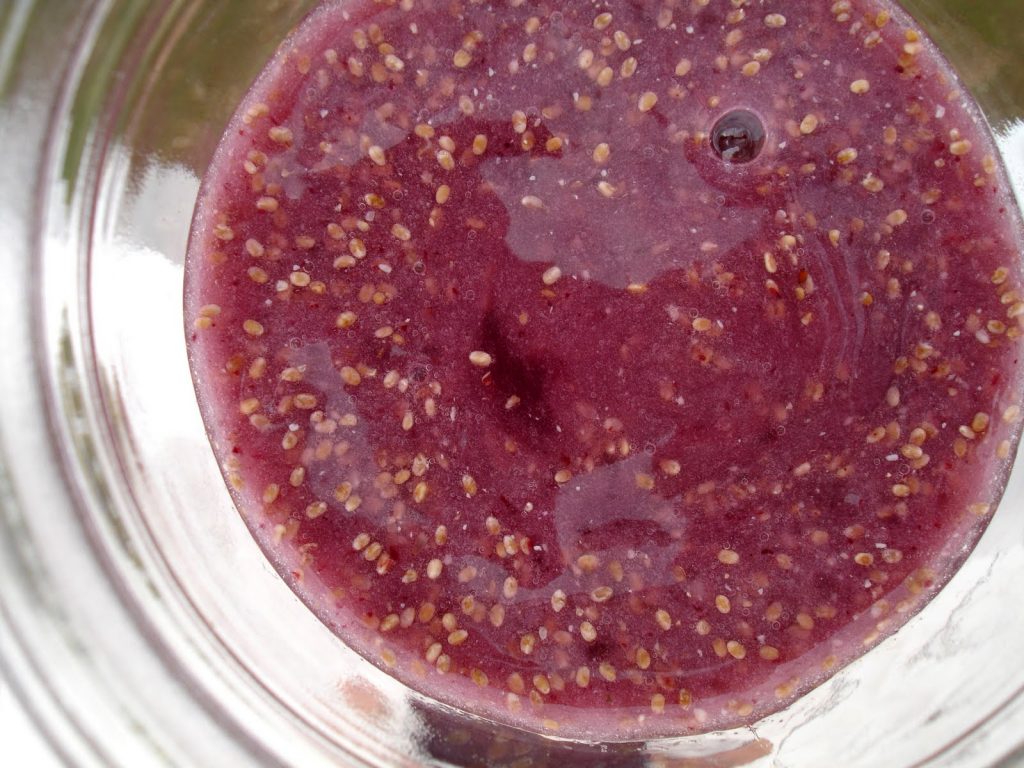 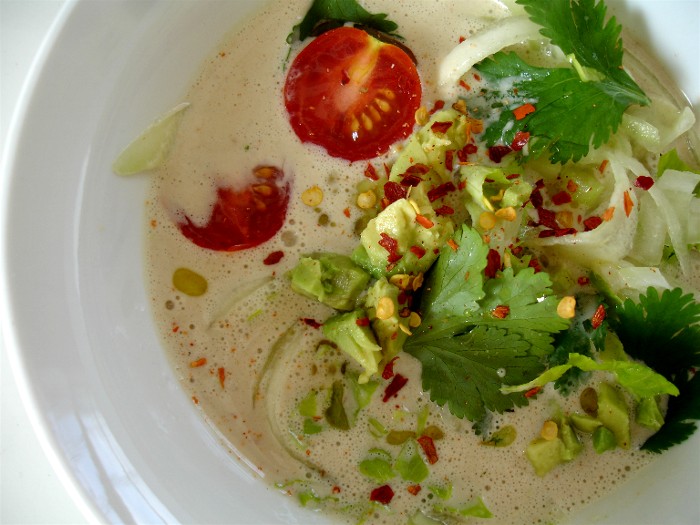 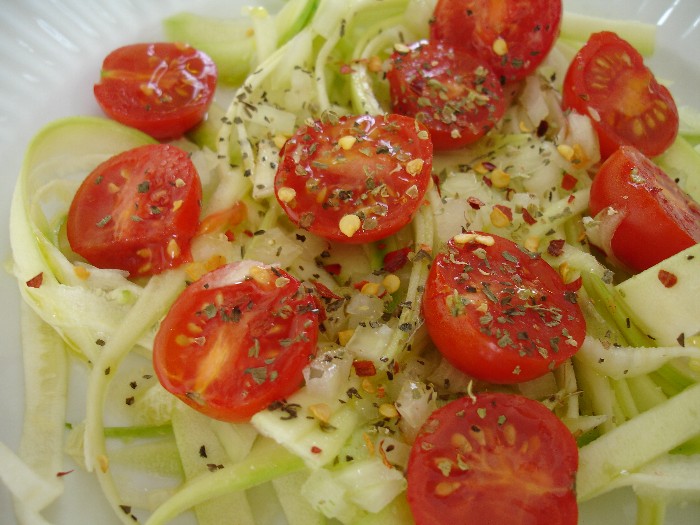 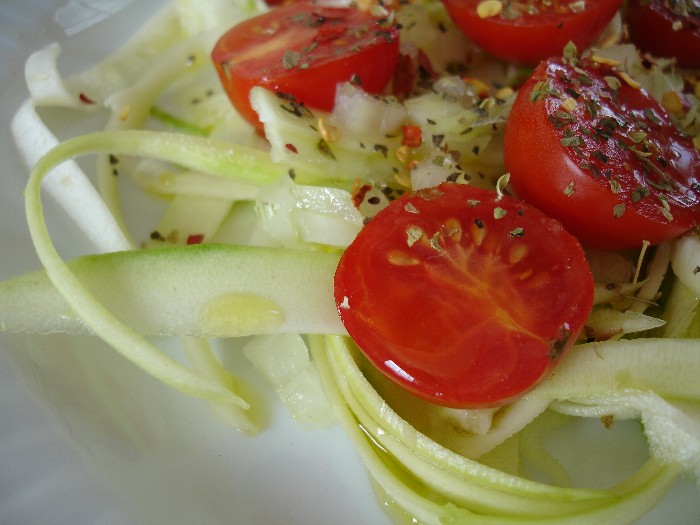 
It’s not raw, I know, but I wanted to show you these amazing spaghetti squash noodles. Spaghetti squash grows very easily from seed, even where there are short growing seasons. I was surprised at how easy and prolific they are. After being cured, they can be stored for several months. They are commonly available at most grocery stores as well. I’m really pleased with how well these grew and now have a pantry full. It’s really not possible, as far as I know, to eat these raw. So, I’ve made them cooked. Done in the oven at 350, the inside will not get any hotter than 212 degrees, so they are basically steamed.

To prepare, simply place the squash on a baking sheet in the oven at 350 degrees for an hour and twenty minutes. Remove from oven, let cool slightly, then cut in half. Remove the seeds with a spoon. Then, using a fork, scrape the squash flesh. It will come apart in noodle shaped strands … and it makes a lot. These strands can be used like any vegetable or grain pasta. Here, I’ve added the same things as I have to the zucchini noodles above. The nutritional information in cooked spaghetti squash pretty much the same as zucchini. 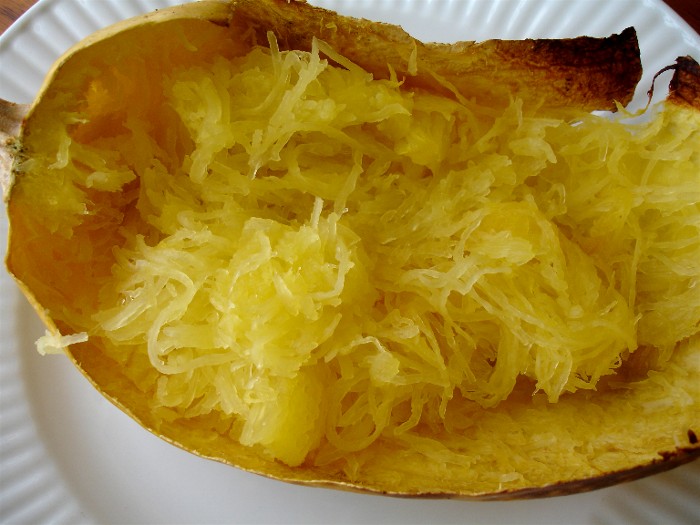 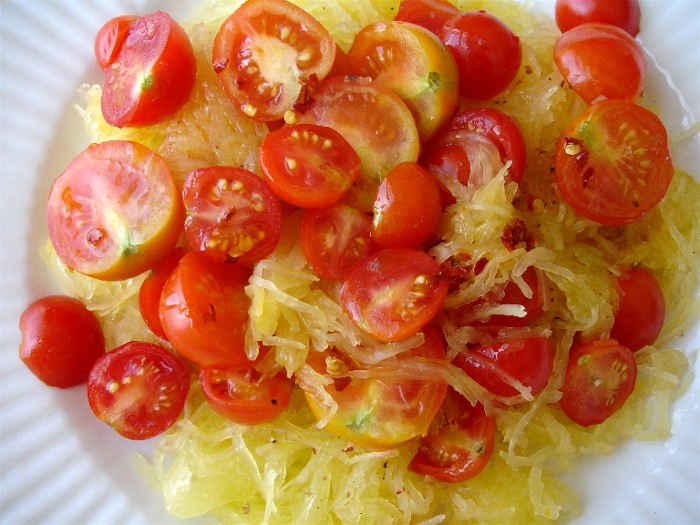 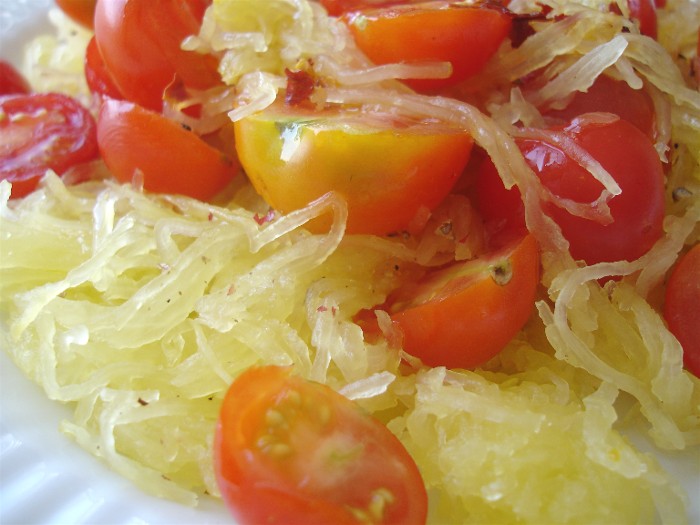 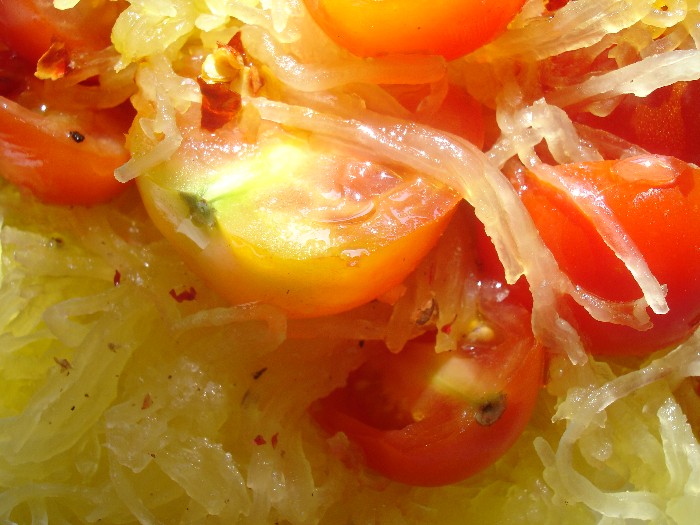 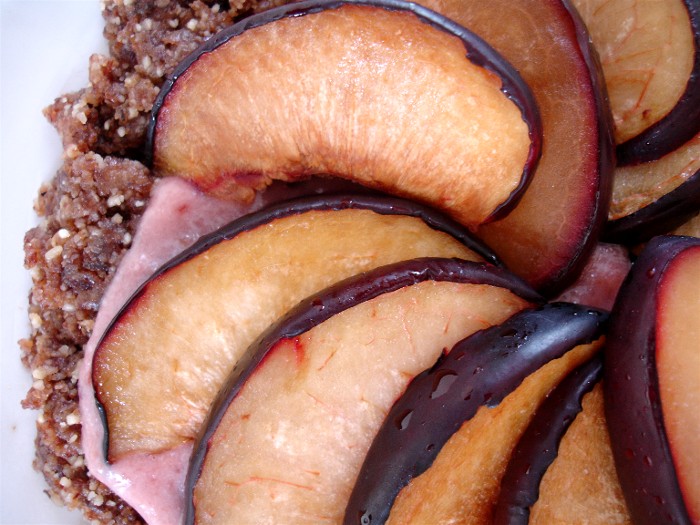