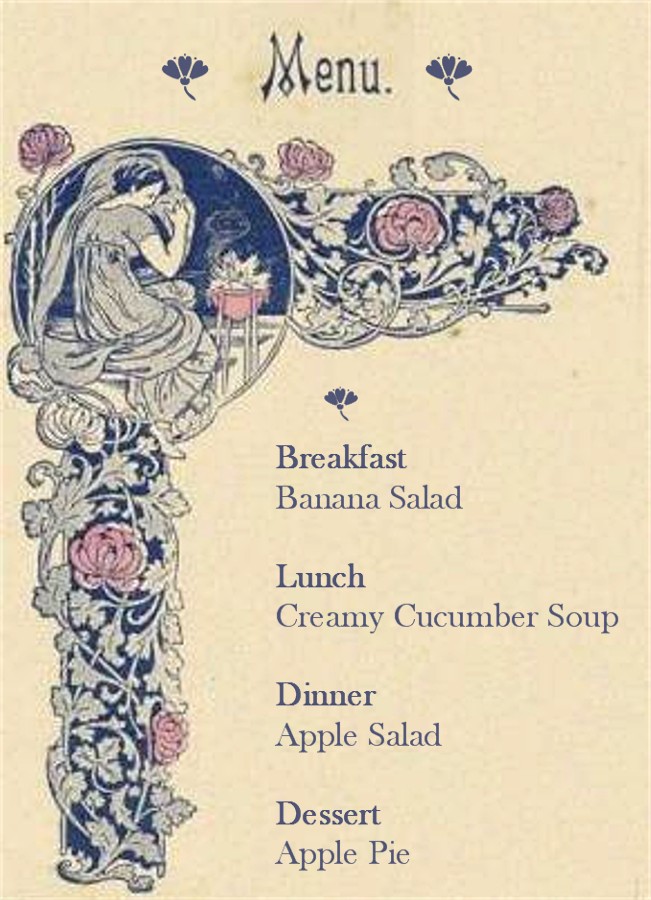 Breakfast
Banana Salad
serves 2 ~ $1.64 per serving
ingredients
2 bananas ($.30)
1 small head romaine ($1.89)
juice of 1 lemon ($.69)
3 tablespoons agave ($.30)
pinch of salt
coconut flakes, finely shredded ($.10)
A salad for breakfast? Sure. It has the same ingredients as a smoothie!
It’s just as simple to make, too. Chop the romaine and toss with sliced bananas. In a small cup, whisk together the lemon juice, agave, and a pinch of salt and dress each salad. Sprinkle with coconut flakes. 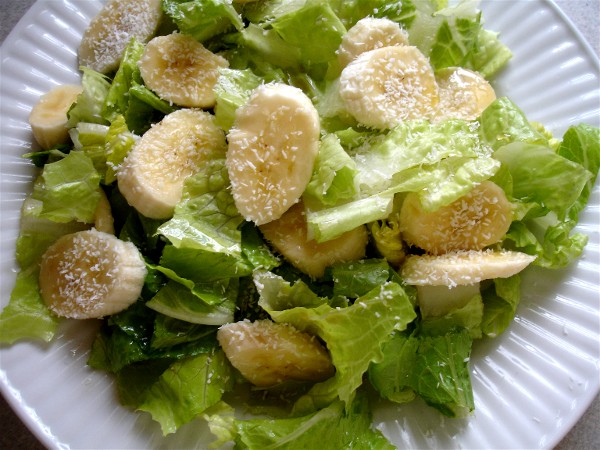 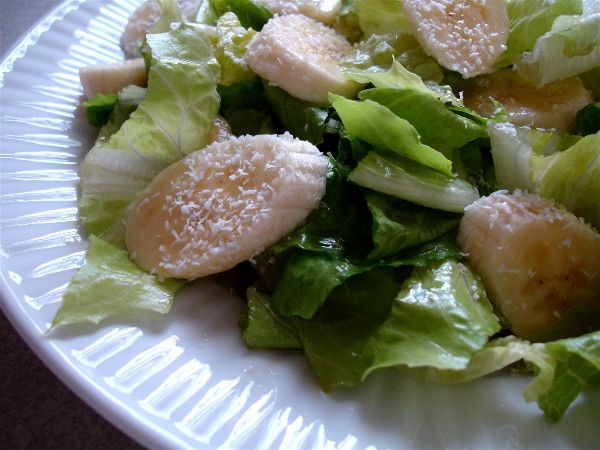 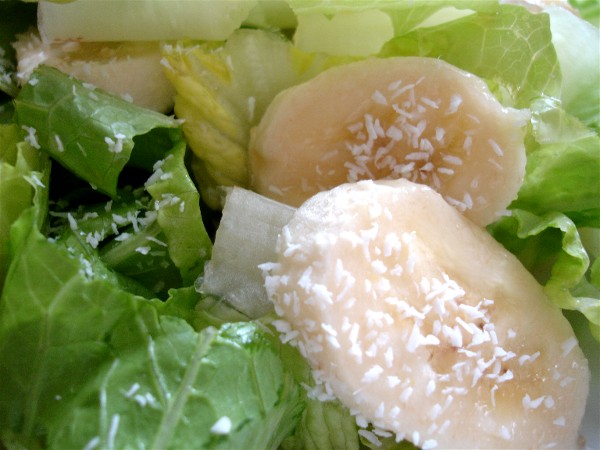 Lunch
Creamy Cucumber Soup
serves 2 ~ $.77 per serving
ingredients
1 cucumber ($.60)
1 avocado ($.78)
1/2 medium onion ($.05)
1 clove garlic, pressed
2 tablespoon olive oil ($.10)
1 cup water for blending
salt and pepper to taste
red pepper flakes
My little local grocery has had avocados on sale for the past few weeks or so and I’ve been making all sorts of things with them, but one of my favorites is creamy soups. The cucumber adds a summery feel, too, even here where we have a foot and a half of snow!
Finely dice a 2 inch piece of cucumber and set aside for later. In a blender, puree rest of the cucumber, avocado, 1/4 of the onion, garlic, and olive oil. Chop the cucumber and avocado first to make blending easier. Add the water as needed for blending. Let this blend for a minute or two, to get really creamy. Salt and pepper to taste. Top with a bit of the reserved diced cucumber and onion. Sprinkle with red pepper flakes and add a small drizzle of olive oil, if desired. 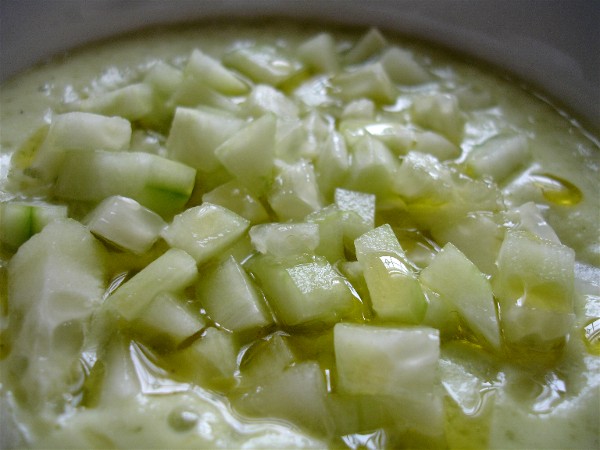 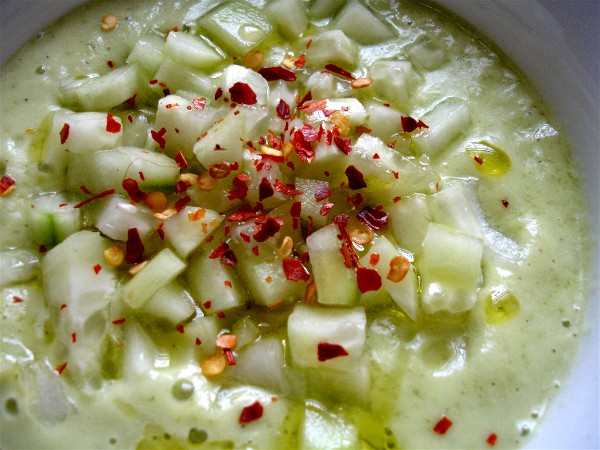 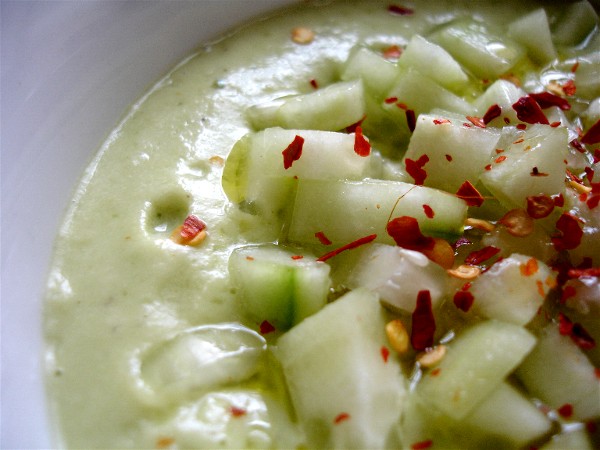 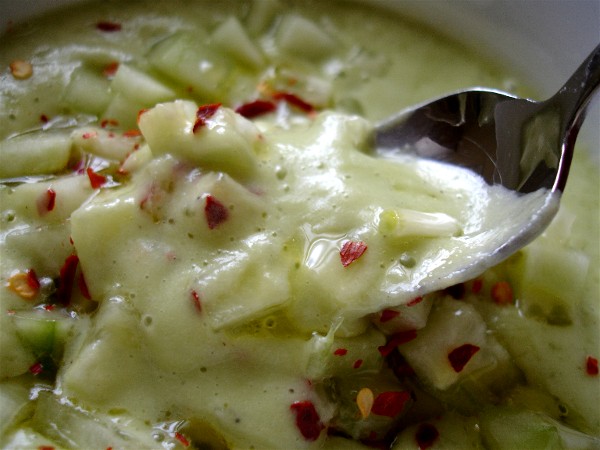 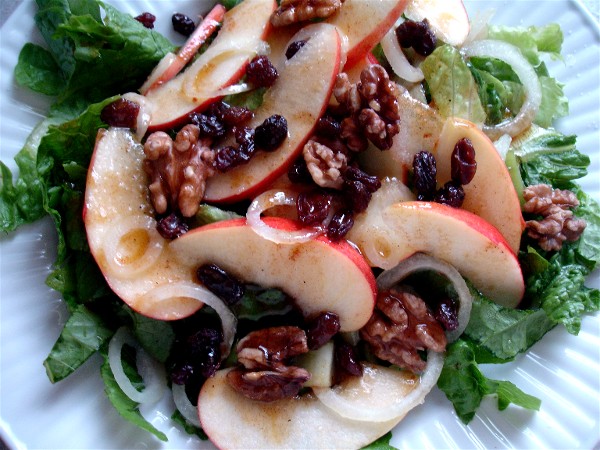 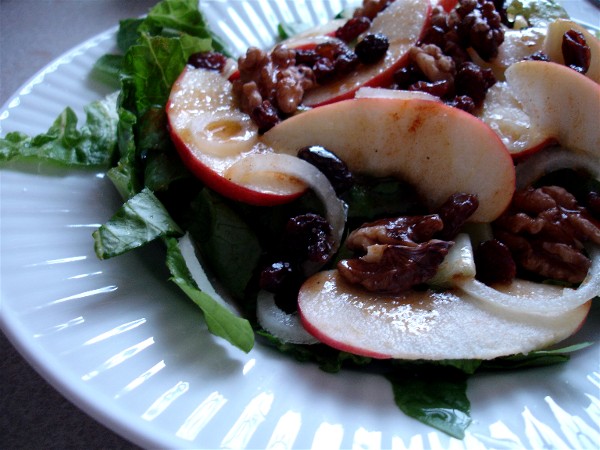 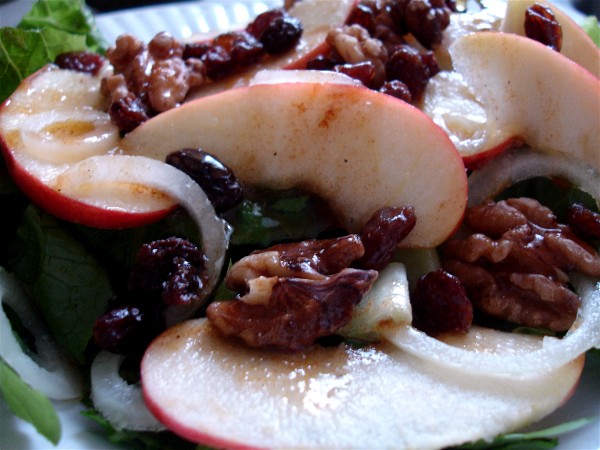 Dessert
Apple Pie
serves 2 ~ $.85 per serving
1 apple ($.60)
1 teaspoon cinnamon
1 tablespoon olive oil ($.10
1/2 teaspoon vanilla ($.10)
water for blending
1/2 cup walnuts ($.50)
1/2 cup raisins ($.40)
pinch salt
This is not a pretty pie. But many times you can’t judge a book by its cover, and that was certainly the case with this dessert. I was pleasantly surprised at how good this tasted. It made a pretty big pie, too, but ended up being two servings.
Core and peel the apple and cut in half. In a blender, puree one half of the apple with the olive oil, vanilla, and cinnamon, adding just enough water needed for blending.
In a food processor fitted with an “S” blade, process the walnuts and raisins together until the mixture will stick together when pressed (about a minute). Press into a small pie plate, tart pan … or just use a salad plat like I did. Top with the pureed apple mix. Thinly slice the remaining half of apple and arrange over the pureed apple mix. Add a small dollop of any left over apple puree to the top. 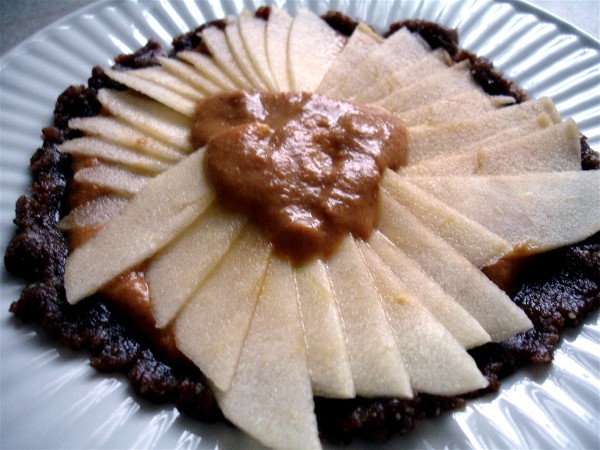 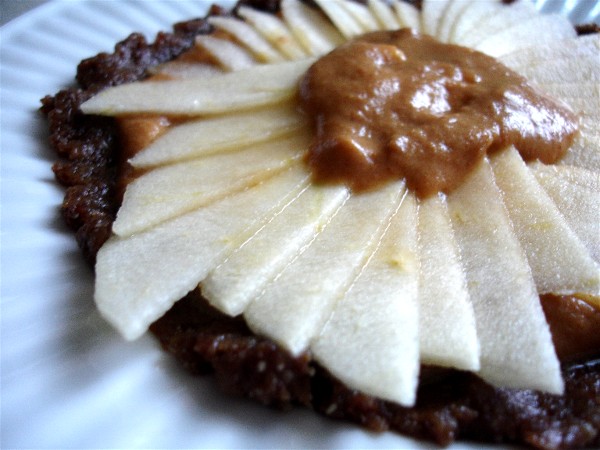 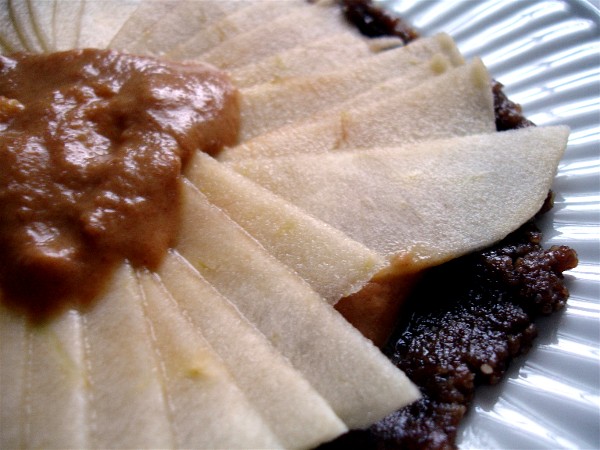 Total cost for the day: $5.28
total calories: 1,498
total fat: 60 gr
total carb: 209 gr
total protein: 22 gr
Thank you to everyone who has purchased the e-book! I’m having a great time finishing it … including experimenting with chocolate cake. Yep, this is raw. No nuts, either. And it’s one of over 70 new, raw recipes you’ll find there. 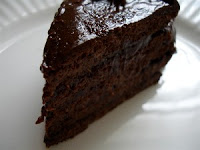